Led With Integrity. Defined By Results. 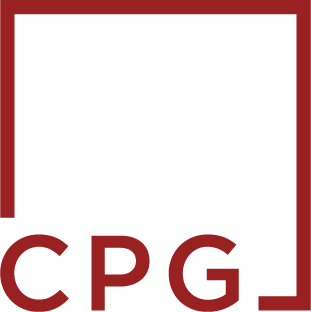 CPG | Commercial Property Group, formerly IPA | Investment Property Advisors, started with brothers Stephen and Michael Pagones in Alameda, California. Both Steve and Mike began their careers in the Multi-Family markets in the Bay Area and Sacramento regions of California.  Soon after their successful careers began, the two partnered up and continued to grow their business under the Harbor Bay Realty Brokerage in Alameda, where they solidified themselves as being a leading brokerage, specifically in the Multifamily markets.  They have broadened their reach under Keller Williams Commercial, and now represent clients in Multifamily, Residential Income, Seniors Housing, Industrial, Development, and Land transactions.

All avenues of the Real Estate business focus on one mission; customer service.  Whether you are selling or buying, the CPG Team has a 100% client-centered service. Clear communication, coupled with concise due diligence are two pillars of service that separate CPG from other brokerages. A clear understanding of the local resale market and current market rate rents allow them to convey accurate analytics and future forecasts.  CPG’s goal is to always help you diversify and grow your portfolio, as it fits your needs in this ever changing real estate market. 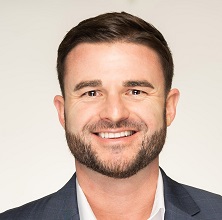 Stephen Pagones joined Keller Williams (now CPG | Keller Williams Commercial Group) back in 2018 specializing in the marketing and sale of multifamily investments located through Northern California, with emphasis on the East Bay markets of Alameda, Hayward, Oakland, and San Leandro. Mr. Pagones started his career at Premier Apartment Advisors (formerly Moison Investment Company), in 2007 he sold over $25 million in multifamily properties, earning him “Rookie of the Year” designation. Over $40 million in 2008, and in 2009 earned “Top Salesperson.”

Prior to joining Premier Apartment Advisors, Mr. Pagones started his career with an East Bay real estate company as a rental specialist, where he focused on property management, valuation of income properties and the maximization of rental income.

Michael Pagones joined Keller Williams (now CPG | Keller Williams Commercial Group) in 2018 specializing in the marketing and sale of multifamily investments located through Northern California. Mr. Pagones started his commercial real estate career with Marcus & Millichap, a national commercial real estate investment firm in Sacramento, focusing on Sacramento, Placer, Yuba, and Sutter counties. During his tenure, Mr. Pagones was responsible for the marketing and sales of approximately 452 units, representing $50 million in gross sales. Prior to joining Harbor Bay Realty, Mr. Pagones worked with Premier Apartment Advisors, focusing on the marketing and sale of multifamily investments throughout the East Bay with an emphasis in Alameda, Berkeley, San Leandro, Hayward and Sacramento. In 2010 Premier Apartment Advisors merged with Cornish & Carey Commercial, a regional commercial firm, and helped start their Apartment Advisors team in the East Bay. During the merger Mr. Pagones continued his role as an apartment specialist throughout Northern California.